Clinical cases of canine demodecosis arise as a result of significantly increased numbers of commensal Demodex Canis or Demodex Cati mites within hair follicles. Poor body condition, debilitating disease, stress, corticosteroid-induced immune-suppression and/or hereditary factors may play a role in the development of clinical disease. Affected patients typically display erythema, moist dermatitis, alopecia and/or lichinfication & hyperpigmentation in either a localized or generalized pattern, particularly around the periocular regions. Multiple regions of the body may be affected and significant self-trauma as well as secondary bacterial pyoderma may result. Both canine & feline species of any breed or crossed breed may be affected (cats also potentially being affected by Notoedres cati). Commonly affected canine breeds include the Old English Sheep Dog, Lhasa Apso, Shih Tzu & English Bulldog. 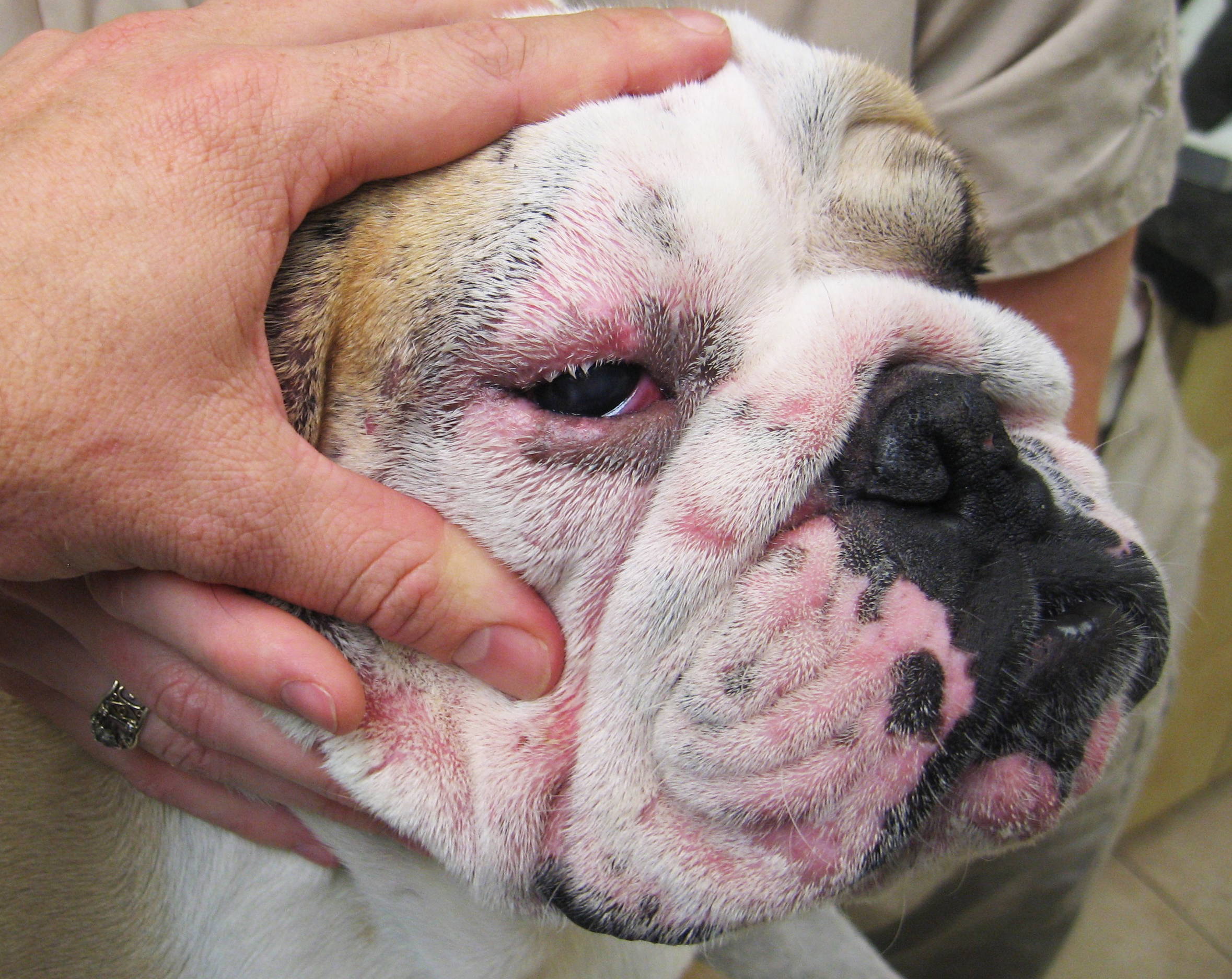