Limbal (“epibulbar”) melanocytomas represent a relatively common neoplastic proliferation of melanocytic cells at the corneoscleral limbus and may affect dogs or cats. In rare instances, these lesions may display malignant characteristics including significant anaplasia and/or metastasis. Lesions typically present as well defined, raised and pigmented masses with a smooth surface. Progressive enlargement typically results in corneoscleral and/or intraocular invasion and may ultimately lead to glaucoma and/or retinal detachment. Limbal melanocytomas should be differentiated from extension of more malignant uveal melanomas. Commonly affected breeds include the Labrador Retriever, Golden Retriever and German Shepherd. 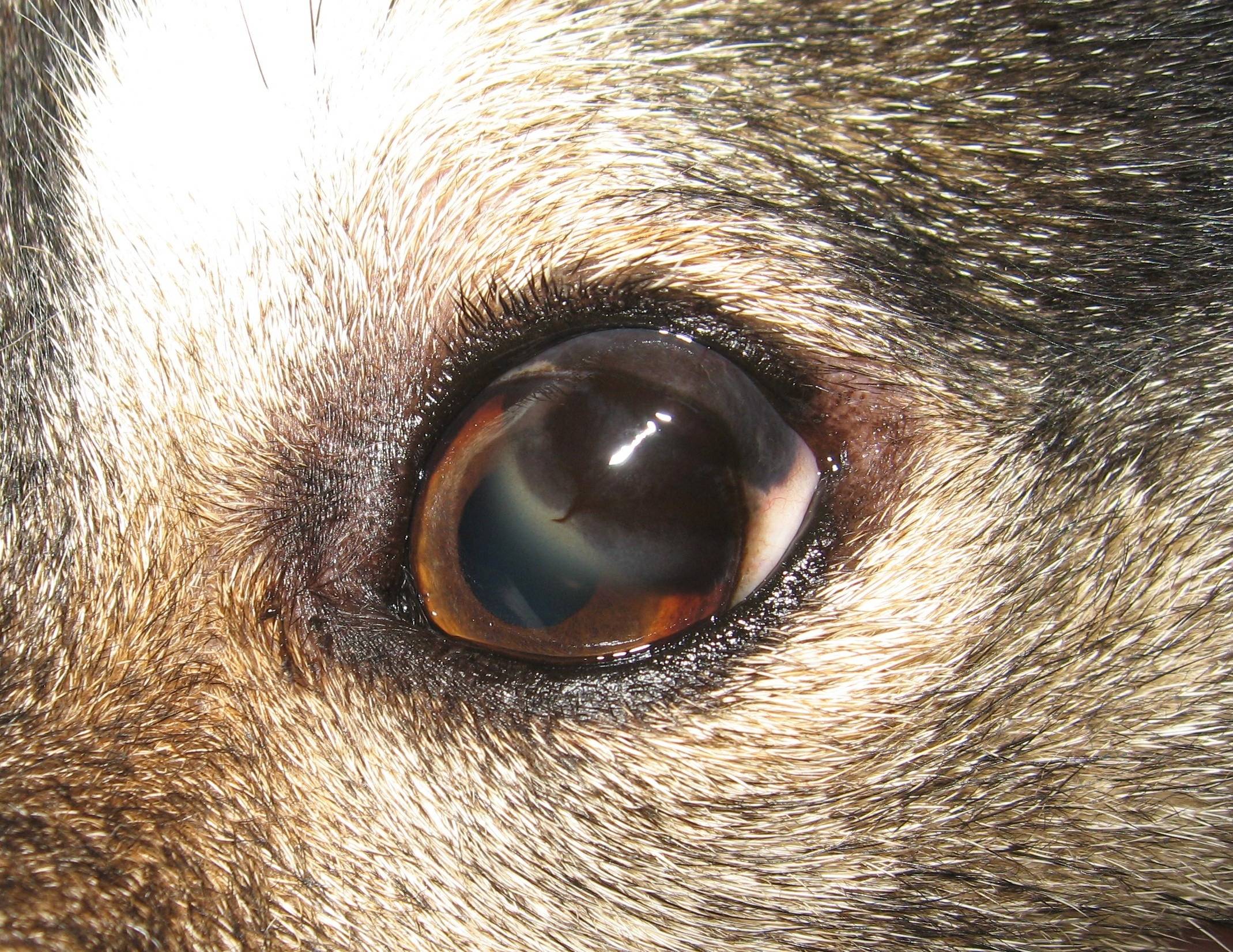