Iris bombe’ is not a specific diseases entity, rather a manifestation of post-inflammatory changes. Presentation comprises 360 synechiation around the pupillary opening, between the posterior iris and anterior lens capsule. As a result of impaired aqueous flow, iridal tissue “balloons” forward. Associated findings may include varying degrees of uveitis, hypopion, fibrin, hyphema, pigment deposition, cataract formation and/or glaucoma. Both canine & feline species as well as any breed or crossed-breed may be affected by iris bombe’. 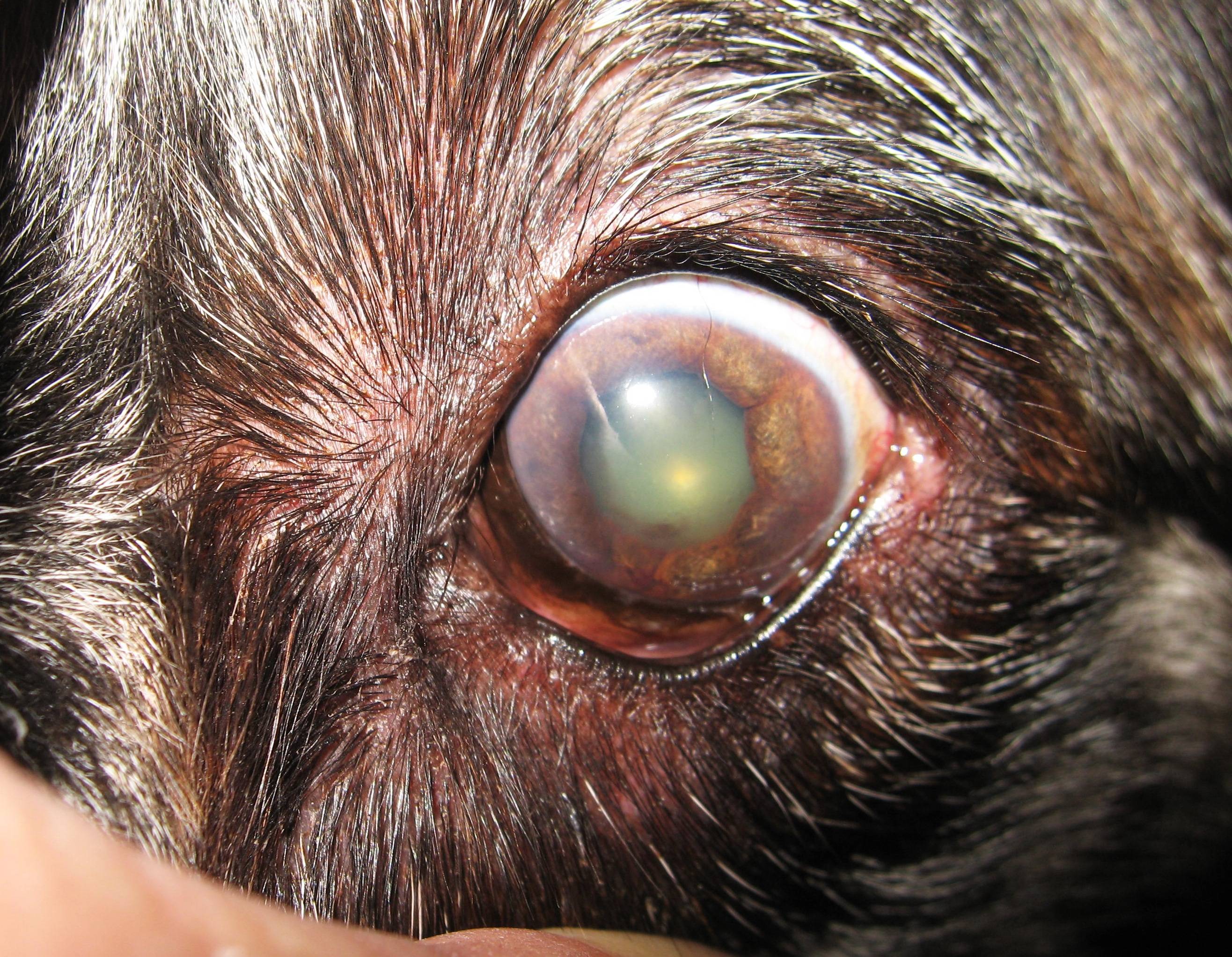