Canine uveodermatologic syndrome (UDS) represents an immune-mediated disease affecting melanocytic tissue, which likely has a hereditary etiology and which exhibits many similarities to Vogt-Koyanagi-Harada (VKH) disease in humans. Ocular symptoms associated with UDS may include inflammation marked by any combination of anterior uveitis, chorioretinitis or panuveitis. Secondary changes may include any combination of cataract formation, retinal detachment, hyphema and/or glaucoma. Typically, both eyes are affected to a variable degree. Additional symptoms may include any combination of periocular, mucocutaneous oral and/or nasal viteligo (loss of pigment), poliosis (whitening of hair) and/or ulcerative dermatitis. Typically these symptoms are relatively bilaterally symmetrical in appearance. Commonly affected breeds include the Akita, Siberian Husky, Samoyed, Chow Chow, German Shepherd & Shetland Sheepdog, however, many other breeds may be affected. 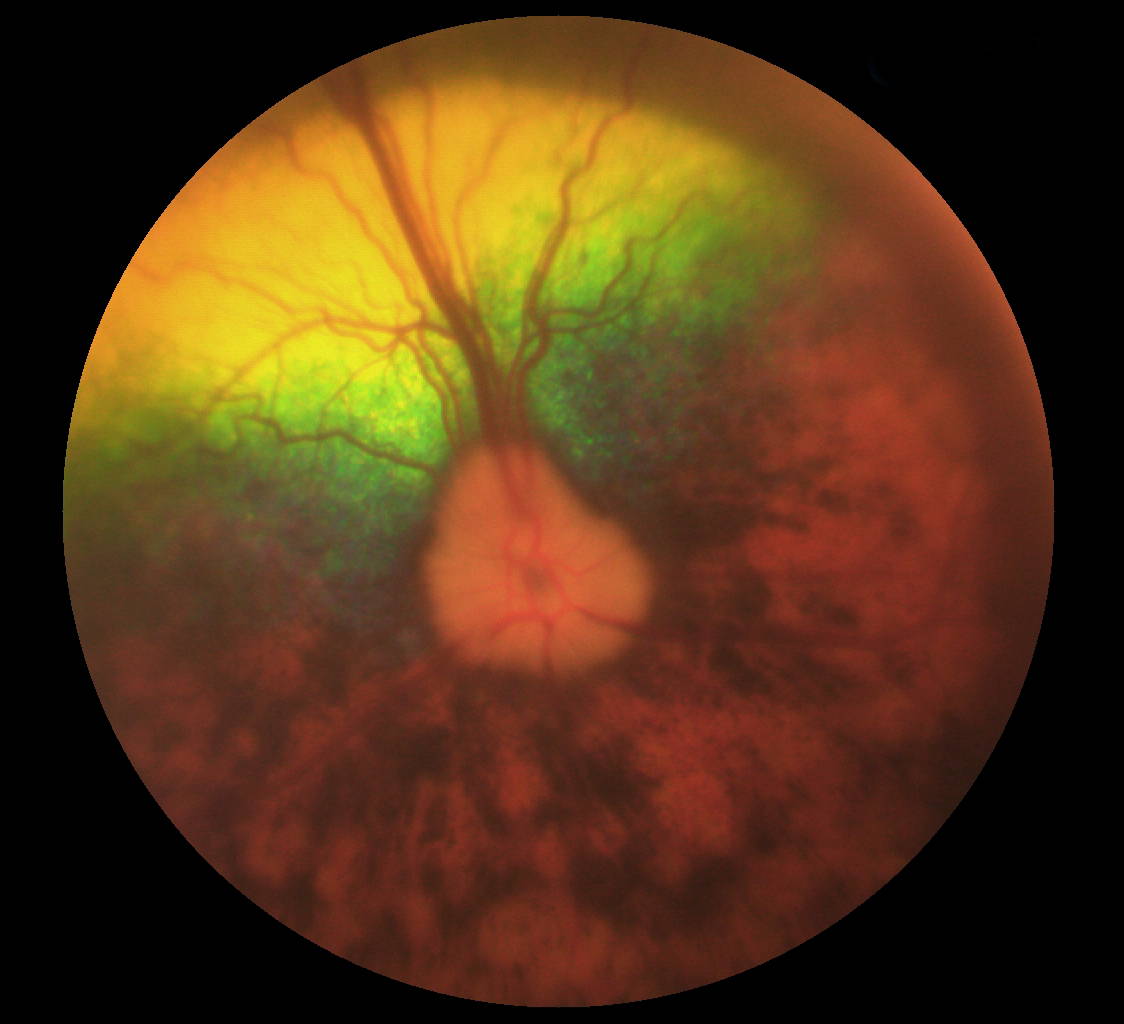